Don't call it a string quartet!

In 1650, Athanasius Kircher published a monumental study of music, titled Musurgia universalis (Rome: Corbellatti, 1650), regarded as a significant work in the history of music theory. Within its many pages, he presents the music for a Sinfonia for strings (Symphonia pro chelybus) by Gregorio Allegri — à 4: Duoi Violini, Alto, & Basso di Viola. Kircher praises the piece highly, calling it 'perfect in all its parts', and a work 'in which the symphonic art is manifest so exactly that nothing seems able to be added, or taken away'. It is thought that the work would not have been performed with additional continuo, making it unusual, though not unique, for works of this type in the Baroque period.

In the early 20th century, musicologists described Allegri's Sinfonia as the 'first string quartet', because of its scoring and its three sections, each in a different mood. However, scholars these days are much more hesistant to do so, because of that term's association with the formal structure and style of compositions in the Classical era. Equally, there is plenty of music from the 16th century for a consort of four viols: so a quartet of strings does not a string quartet make! Allegri's work is for two violins, a viola, and a 'basso di viola', which Kircher describes (with an illustration) as a violone, a bass of the viol family. As the names suggest, a violone is slightly larger than the modern violoncello, the bass of the violin family. (Though terminology and specification of instruments is often imprecise in this period.) 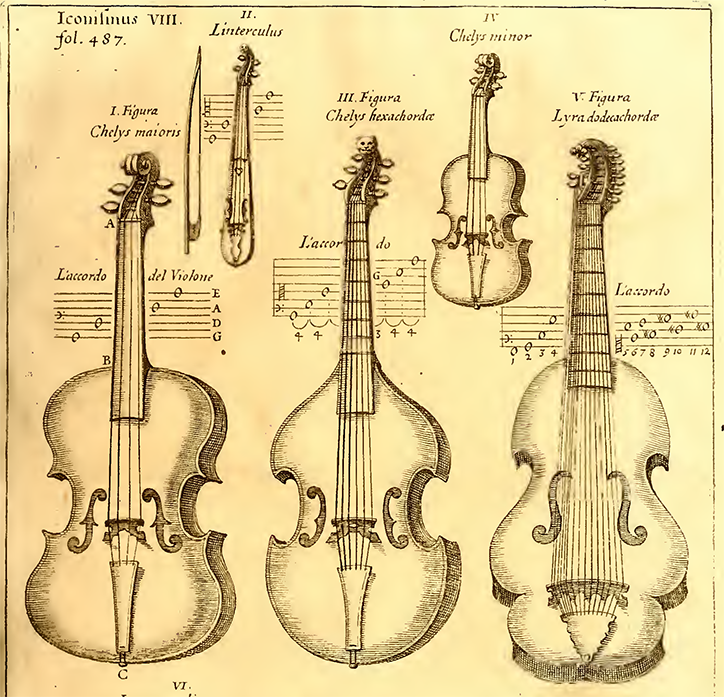 At most, we can say that this is one of the earliest examples of works specified for two violins, viola and a bass string instrument. The violin family had all but replaced the viols as the dominant instrumental family, though Allegri was composing at a time when specifying particular instruments in scores was optional.

However, it would be wrong to dismiss the work altogether for not being sufficiently ground-breaking. Although we cannot draw any line from Haydn's string quartets to Allegri's quartet for strings, the latter remains a very pleasing and affecting work from the early 17th century that can be performed today by a ... string quartet!

An edition of Allegri's Symphonia can be purchased here.